News
Home / News / What are the specifications of socket wrenches?
News

What are the specifications of socket wrenches?

In general, the specifications of socket wrenches are d […]

Because there are some omission mantissas in metric and imperial conversions, there are some differences in the size of the product specifications, but generally speaking, it is still common. According to the different conversion units at home and abroad, it is also different from the machines manufactured, so the required socket wrenches are also somewhat different.

But in general, socket wrenches are used for car repairs and machine repairs. Therefore, you only need to buy metric products in China to use them, except for some newly introduced foreign equipment. How 1 inch = 2.54cm is calculated in general calculations, but some manufacturers directly convert it to 1 inch = 2.5cm, so the products in the industry are not very accurate, but for large manufacturers All are calculated according to the previous one. This is also the most basic national standard. According to the standard, the socket of the socket wrench is generally centrally controlled and has two sides; 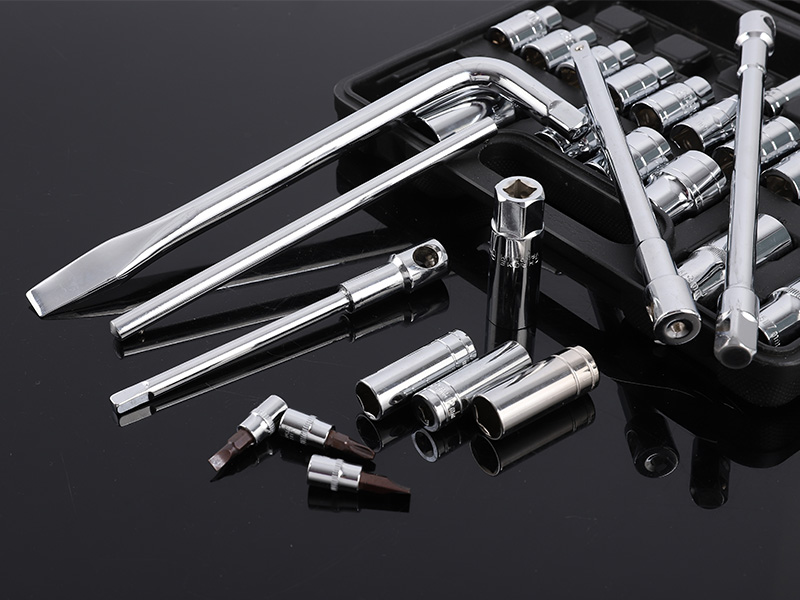 One side: square mouth (according to the link between the socket and the wrench)

One side: 6 corners, 8 corners, 12 corners (depending on the shape and size of the machine and the car nut)

For example, this 1/2" means that the side length opposite to the spanner link is 12.5mm.

The other side is 6 corners, 8 corners, 12 corners, which are determined according to the needs of the car and machine nuts.

0
PREV: The role of socket wrench