News
Home / News / What are the components of a ratchet wrench?
News

What are the components of a ratchet wrench?

A ratchet wrench is a kind of basic wrench which essent […]

A ratchet wrench is a kind of basic wrench which essentially inserts into a threaded socket to turn a bolt, usually in the shape of a nut or screw, at high torque. This type of tool is very common to mechanics and carpenters who often work with nuts and bolts. You can use ratchets in any size of sockets, although you'll find that they tend to be most useful in smaller-sized sockets. In addition, ratchets come in a variety of different types of attachments. Some are designed to be used for specific purposes, while others are designed to do a particular job, such as tightening or loosening an oil drum.

The basic design of a ratchet wrench allows it to be widely used in a variety of applications, regardless of its type or size. However, it is more efficient in certain applications than others. For example, one might consider it more efficient to run a ratchet wrench on one end while turning the other end with another type of fastener. There are actually two types of ratchets - one which is externally attached and another which has its working end embedded in a sleeve-shaped clip or plug. These ratchets can be placed on both sides of the holes in a bolt or nut and turned in one direction or the other, depending on the situation. 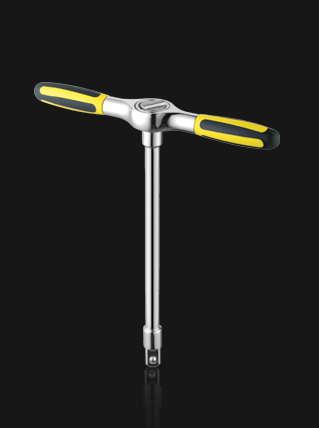 Ratchet wrenches can have long flexible handles and can also feature spring-loaded gripping surfaces. The advantage of this type of ratchet wrench over the one with short flexible handles is that with the spring-loaded gripping surface, a person will be able to hold on to a longer, thicker nut/ bolts longer. This makes it easier to do repetitive movements within the same room without having to reposition the tool as often. In ratchets made by CNC machines, the handles of the tool may be made out of steel so that it will be less likely to slip. Some ratchet wrenches even feature ergonomic handles for comfort and hand support.

A ratchet wrench assembly may include one end fitting into one hole of a fastened piece of equipment and having a different fastener on the other end. Some examples of this type of assembly would be an air compressor fitting into a cylinder and the air valve cap and hose already installed. There could also be an electric connection between one end of the assembly and another part, such as the brake pad assembly or a wheel hub. These types of assembly are used more for transportation purposes than for any kind of plumbing work.

A ratchet wrench is essentially a small-sized screwdriver that has a ratchet mechanism that allows for tightening or loosening the bolt or nut. They are very useful in a variety of situations and can even be used to repair electrical wiring or other pieces of machinery. There are many different kinds of ratchets to choose from and it is important to choose one that is the right size for the job that needs to be done.

0
PREV: There's three ways to ‘tighten' longboard trucks such that they turn less      NEXT: What are the common types of wrenche?